CANNABIS 101: HOW TO CHOOSE THE RIGHT STRAIN

Cannabis comes in seemingly endless varieties and the classifications can be a little tricky to navigate. Many words describe it, like weed and “dagga”. You get “indoor” and “outdoor”, named after where it’s grown. Simple enough. Then, there are regular, feminized, auto-flowering, and high-CBD seed types (more on those here). And within these groupings, there are variations of indica, sativa, and lesser-known ruderalis genetics.
By OG Team

All of these differences influence the marijuana plant’s characteristics in unique ways. In fact, 100% pure genetics are rare and most modern-day options are actually hybrids.

But what do all of these terms mean and how do you know which type to choose? That’s precisely what we endeavor to answer in this article.

Classifying cannabis is a contentious issue. One way to differentiate between strain varieties is to break each down into its ‘growth characteristics’ and ‘psychoactive effect’ – as we describe in the four categories below. But make sure you read on to get the full picture before jumping to any conclusions.

Nowadays, in mainstream weed culture, it’s cool to talk about things like “hybrid strains” and “couchlock” effects. But you may be surprised to learn that, when it comes to these labels, things aren’t always as they seem. 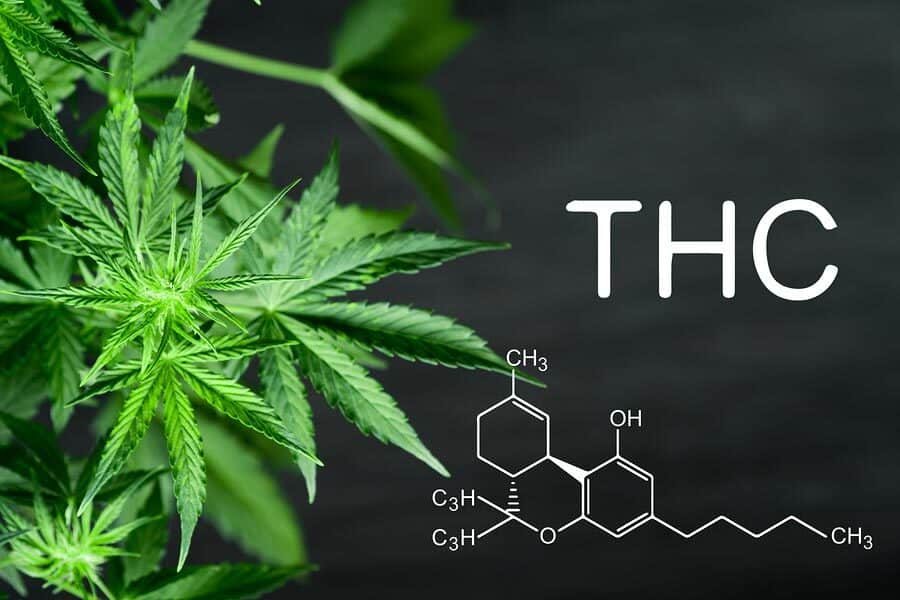 Most marijuana consumers (smokers, vapers, dabbers, you name it) have learned to classify what they’re using as an indica, sativa, or hybrid. They do this based on the psychoactive experience it causes – as we’ve highlighted in each strain category, above. It’s simply the modern way.

However, the truth is that the perceived effect is, in fact, not a reliable indicator of strain genetics at all. Nor is the opposite true – sativa and indica genetics are not responsible for their commonly acclaimed cerebral and physical effects.

We now know that the psychoactive experience (or lack thereof) is based on a complex interaction of individual factors like a person’s biochemistry and tolerance level, the consumption method, as well as plant characteristics, like phenotype, cannabinoid ratio, and terpene profile.

This combination is far more reliable at predicting effects than what the plant looks like or whether it’s more indica- or sativa-dominant.

So, the popular “smoker’s organization system” is, quite frankly, a bit of a fail and not based on evidence. Which leaves us with one obvious question: Where do strain names actually come from?

Historical documents suggest that humankind and weed plants have lived alongside each other for thousands of years. Evidence of the origins of all marijuana points towards Central Asia (first evolving around 6.38-34 million years ago), from where it was cultivated by man a few million years later and spread worldwide.

Confused yet? Don’t stress. Contemporary, effect-based categories are so deeply bred into mainstream weed culture that they’re probably here to stay. So, sativa, indica, and ruderalis are today’s widely-accepted cannabis subspecies. These strain groupings as we know them date back to the 18th century, reflecting the regions from where the plants originated:

Nowadays, most weed strains are actually hybrids that would be more accurately described as ‘indica-dominant’, ‘sativa-dominant’ or balanced. Ruderalis genetics come into play when growing autoflowering seeds.

Advances in breeding knowledge and abilities have allowed breeders to combine favourable traits (size, shape, flavour, aroma, disease-resistance, fast-flowering, etc.) of two “parents” into a unique “super cross”. These novel versions can then again be crossed with others to add even more complexity and character.

The possibilities are seemingly endless and this accounts for the mass variety of marijuana types available today.

“Hemp” describes very low-THC (below 0.3%) cannabis sativa varieties. These plants have been intertwined with human existence for millennia, reportedly to as far back as 26,900 BC.

Thanks to modern breeding advances and the emergence of hybrids, choosing which marijuana strain to grow indoors or outdoors is no longer as “black and white” as the following traditional stereotypes might suggest:

While this may ring true for the most sativa- or indica-typical plants, the decision needs to be made on a strain-by-strain basis. Even then, certain phenotypes may present differently. The addition of very easy-growing, auto-flowering (ruderalis) genetics further clouds the picture.

While the popularity of modern hybrids continues to skyrocket among consumers, expert breeders and elite connoisseurs still seek the qualities of the purest genetics on the planet. These are not typically associated with commercial agriculture. 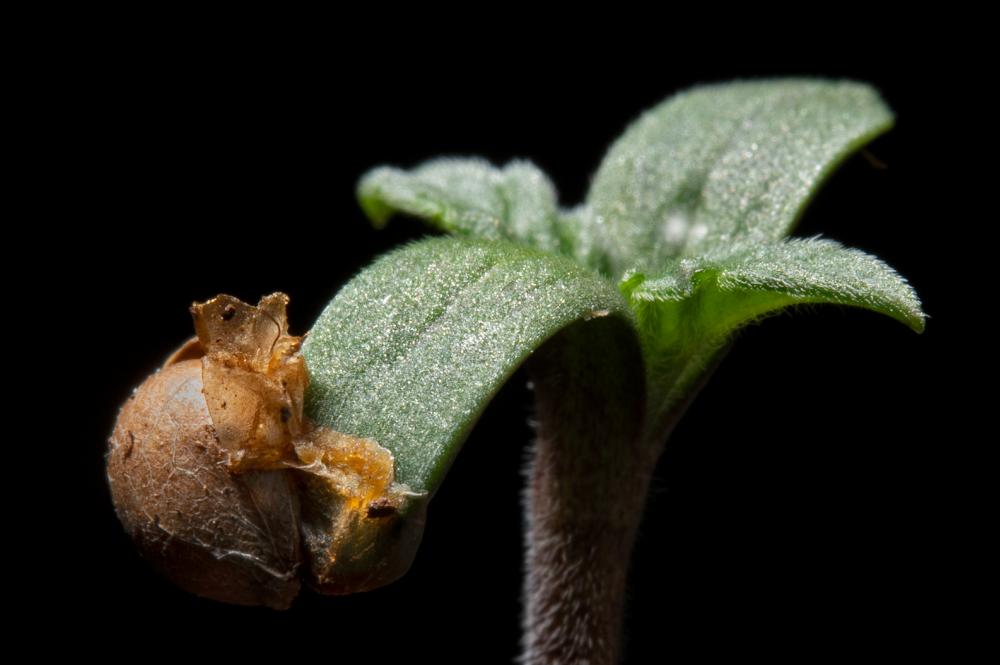 A hybrid strain contains mixed genetics and can fall anywhere along the spectrum between indica, sativa and ruderalis strains. A landrace strain describes one that was cultivated by humans a long time ago, survived natural selection, and has adapted to its present, traditional cannabis region – named after the land on which it grows. The earliest examples are thought to be from Asia, Africa, the Middle East, and Latin America, such as “Afghani”, “Thai”, “Durban” or “Malawi”.

Heirloom strains are ones that have, for generations, only been affected by the life forms, wind, rain, and sunshine of nature itself. The difference between the two seems to be one of semantics and timing. Travelers brought landrace seeds to new regions, creating heirlooms that have adapted over generations. Both are pure and “untouched”. Neither has been crossbred. Both are likely to contain the purest sativa or indica genetics possible.

To sum it up nicely: Landrace strains are the ancestral strains, bred by nature, from which pure heirloom strains and more common, modern-day hybrids, bred by man, have been derived.

With so many different terms, one can be forgiven for not being an expert on “dagga” strains. So, it’s a good thing you’re doing your research.

At Overgrow, we only stock weeds seeds from two of the most reliable, professional breeders on the planet – Dinafem and Humboldt Seed Organization. You’re more than welcome to get your hands on some now, while you continue to deepen your understanding.

We offer some pretty outstanding indica-dominant strains, like The New, derived from the legendary Girl Scout Cookies.

We also offer sativa-leaning jewels, like Strawberry Amnesia and perfectly-balanced strains like prestigious Blue Widow. You can access our feminized, auto-flowering and CBD cannabis seeds catalogs from these links.

This is the second of four articles in our 'Cannabis 101' series. If you missed part one, read Understanding Weed Seeds. The next bit of knowledge to arm yourself with is how to actually grow marijuana.

We’ve put together an epicentre of information to guide you along the path to choosing the right marijuana seeds to suit your needs – check out The Ultimate Guide to Buying Weed Seeds in South Africa. We cover breeding and legislation in there too.

So, as you can see, finding the perfect strain depends very much on your personal preferences. We always endeavor not only to provide you with elite-quality products and outstanding knowledge but also to answer any questions you may wish to ask. Contact us here. 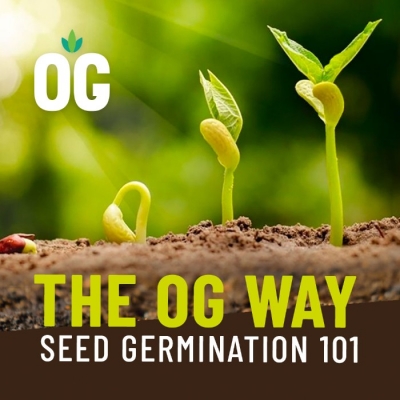